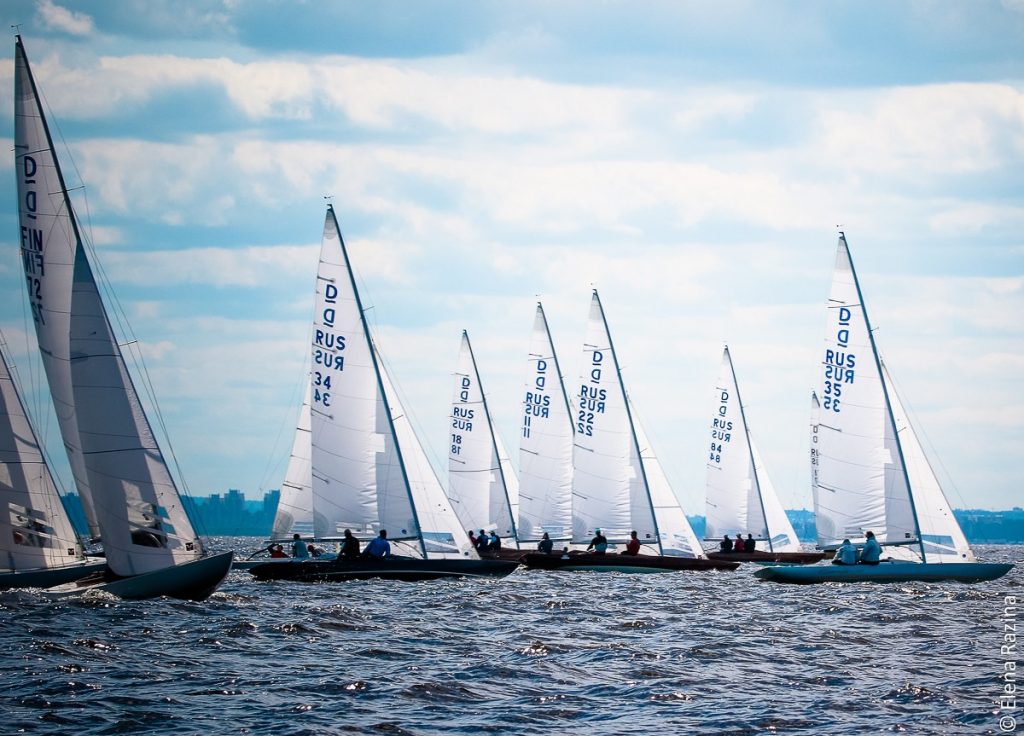 Russian Dragon Open 2017 shall take place in St.Petersburg, on the premises of yachting port Hercules from 26 to 30 July. Далее… → 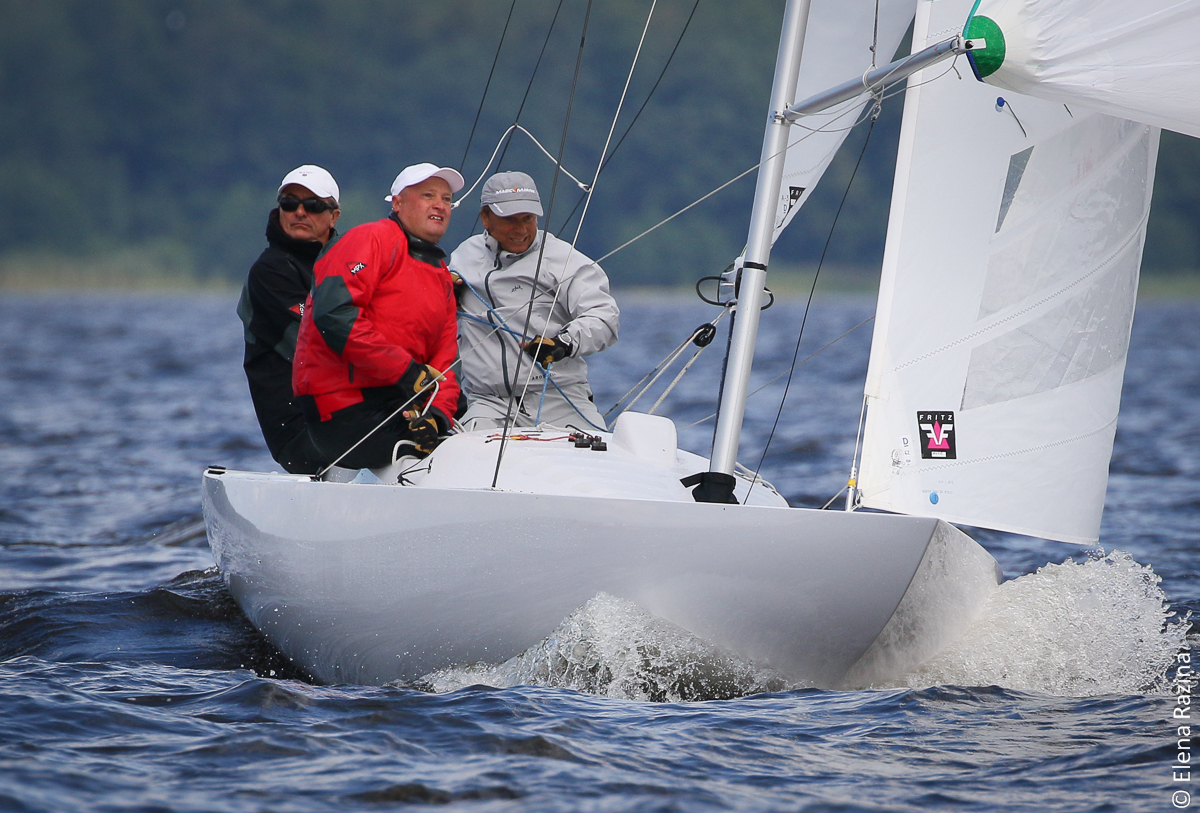 With two final races in sunshine and modest winds the Russian Dragon Open has been completed on 14th July in St.Petersburg YC. Having scored three bullets in six races Anatoliy Loginov and his RUS27 Annapurna crew have regained the national title that had been lost last year to Dmitry Samokhin’s RUS79. In turn, Samokhin handed the title over to RUS27 and became vice-champion and third overall. Marcus Brenneke (GER11) finished second overall. Далее… →

Today we will know the new Russian champion 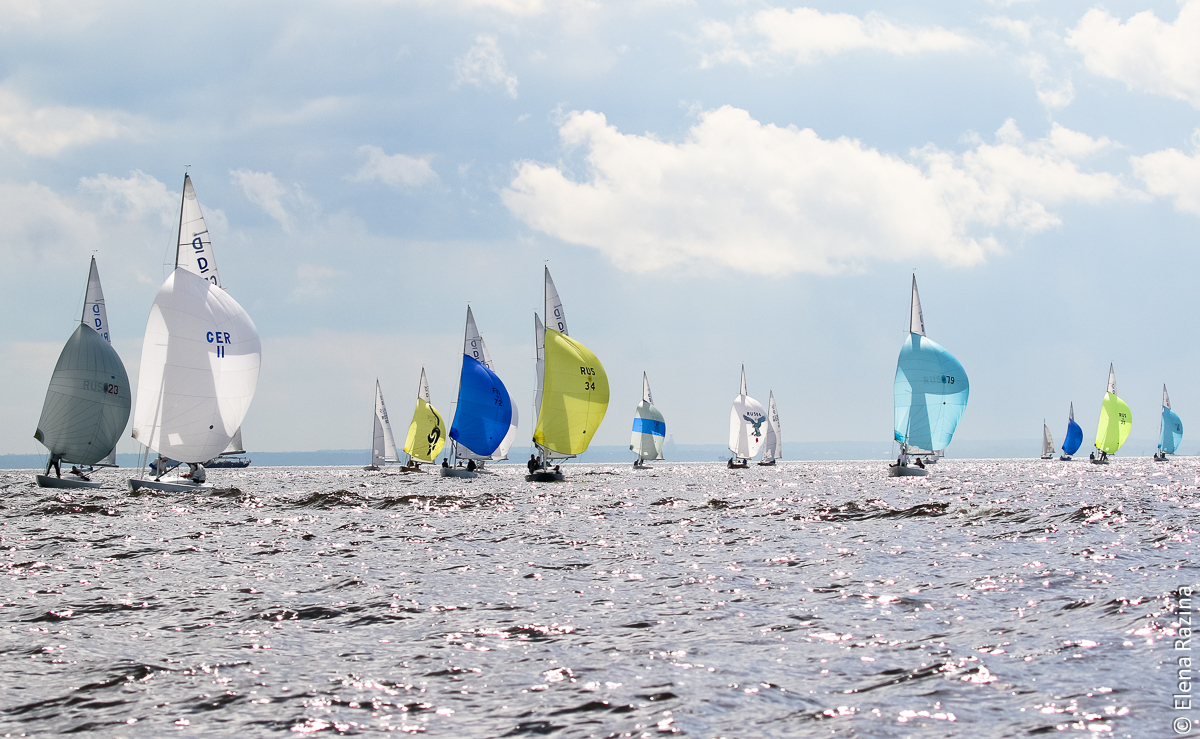 Several crews still have chances to win the championship. Still the main contenders for gold remain Dmitry Samokhin (RUS 76) and Anatoly Loginov (RUS 27). There are only 2 points separate them in the standings after four races. But Mikhail Senatorov (RUS 31) and Vasiliy Senatorov (RUS 35), considering the discard, have a chance to win too. Далее… →

July, 13 at the St. Petersburg Yacht Club continued the Russian Dragon Open. As expected, the fight for the title of national champion broke out between the favorites of the championship – the current champion local Dmitry Samokhin and the … Далее… → 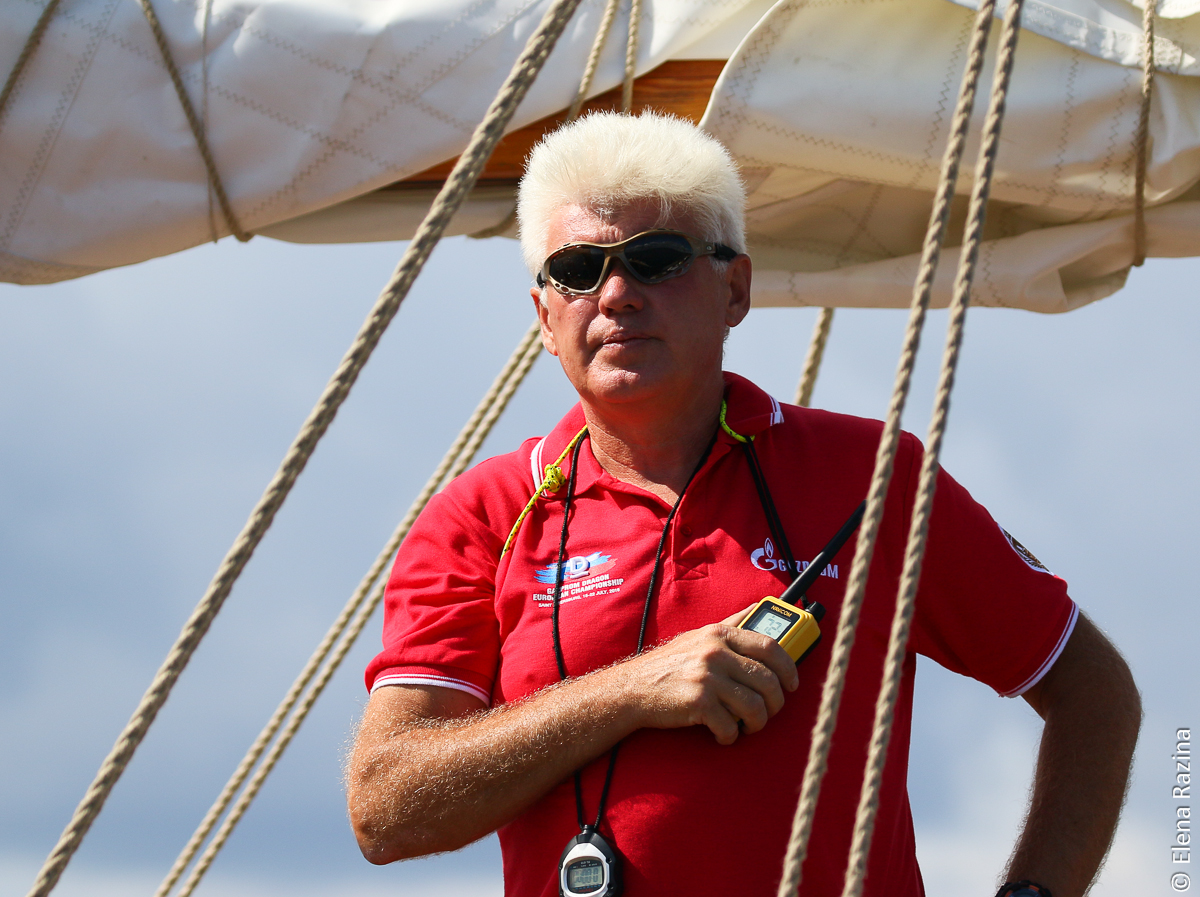 July 13 started with the skipper’s briefing at the “Hercules” yacht-club. Plans for today – two races. According to the regulations of the Championship, in order to be recognized as valid, required, minimum 4 races – today it can be done. Далее… →

The first day of Russian Dragon Open is over

July, 12 two races were held at the St. Petersburg yacht-club “Hercules”. These races were held in difficult weather conditions: all day the Ministry of Emergency Situations urged to avoid water (“high waves”, “life-threatening”), open spaces (“strong wind gusts”) and be careful. Sailors shrugged their shoulders when they heard about this before starting. Далее… →

The first racing day has begun

Russian Dragon Open has started at the Yacht-club “Hercules”. 10 a.m. there was a skipper’ meeting and the opening ceremony. Before it, another crew applied – the Suisse yacht Pumper Nickel II. So, there are 25 teams participating in the Russian Dragon Open: 19 from Russia, 2 – from Switzerland, and one team from Great Britain, Germany, Finland and Monaco. You can find more information about the list of participants here: http://dragoneuro2016.ru/ru/2016/07/11/24-ekipazha-na-starte/ Далее… →

24 crews are ready for the Russian Dragon Open 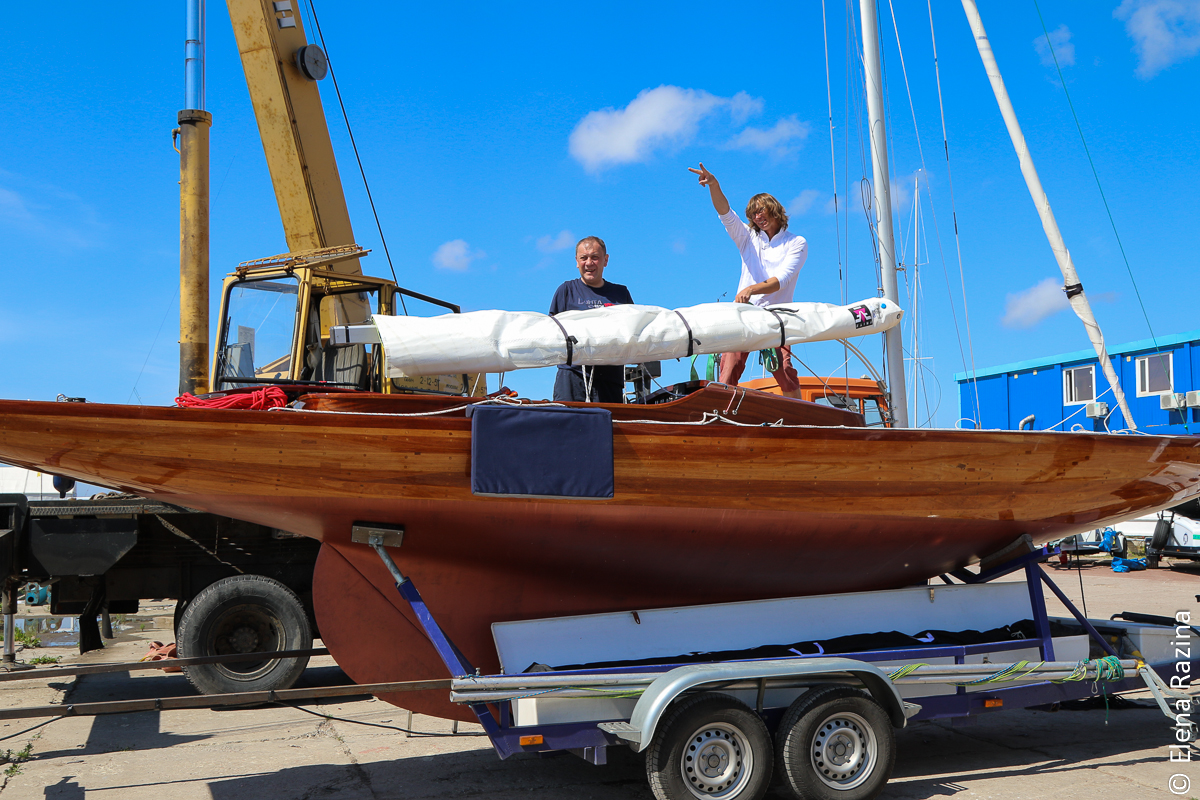 July, 11 in the “Hercules” yacht-club the application filling for the Russian Dragon Open 2016 has finished. There are 24 teams to start – 19 from Russia and 5 from other countries. Dmitry Samokhin leads the crew of the Yacht Club of Saint-Petersburg and he is going to protect the title of the champion of Russia. The vice-champions of the world, despite the successes of the previous year, come up to the upcoming competitions more than seriously. Samokhin’s RUS76 was one of the first who came to train well before the start of the competition. Далее… → 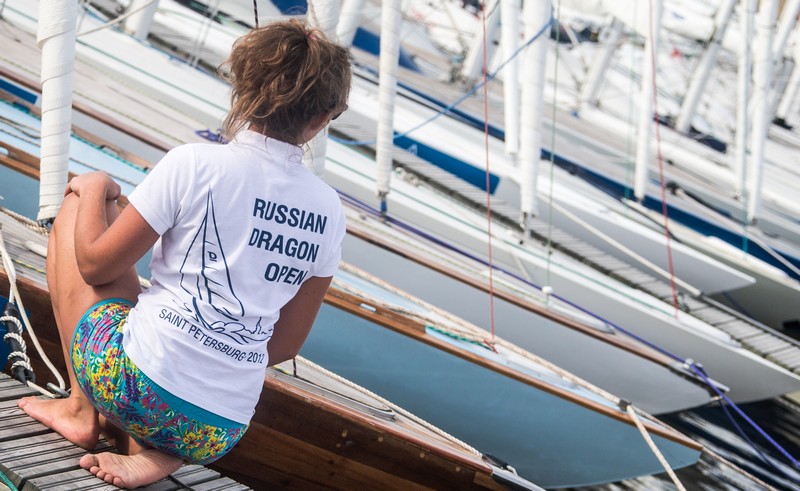 The Russian Dragon Open and the Gazprom Dragon European Championships 2016 are going to start in a few days. Considering that sailing ought to bring pleasure, not problems we introduce you volunteers who will solve any problem of either competitors or judges on arrival and stay in Russia. This year, in general 14 people decided to volunteer for the regatta. Five of them will deal with any questions of the participants, from registration to taxi calls and restaurant booking. Each participating team is assigned with particular volunteer. Далее… → 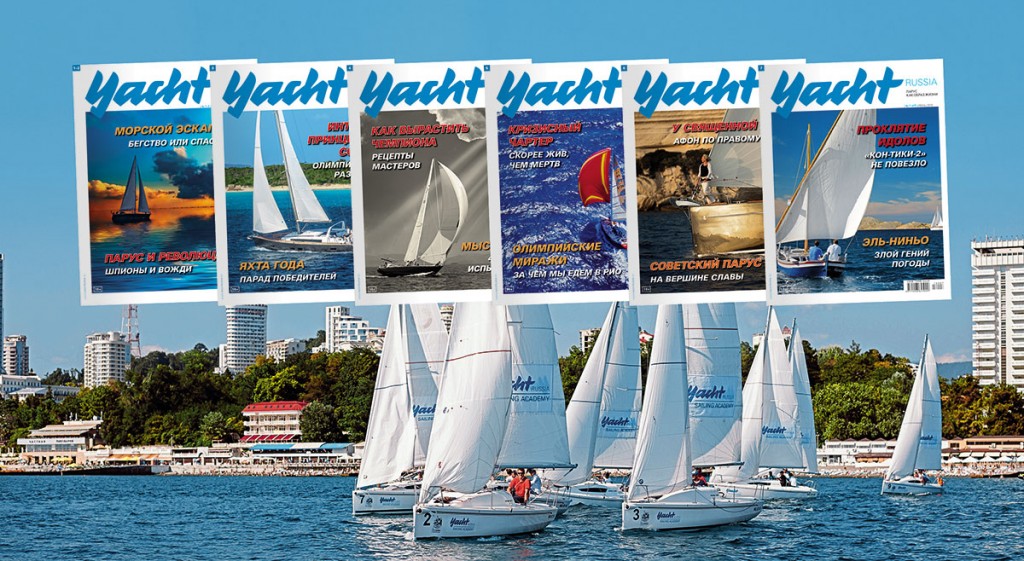 The leading Russian language edition devoted to yachts, sailing, travel and sport has become sponsor and the main media partner of the Russian Dragon Open and Gazprom European Championship.

The publication of YACHT Russia started in 2008 under a license of the Die Yacht German magazine. Die Yacht itself is the key opinion sailing magazine in Europe. The magazine was founded in Germany in 1904 and is issued bi-weekly in over 100,000 copies. Далее… →